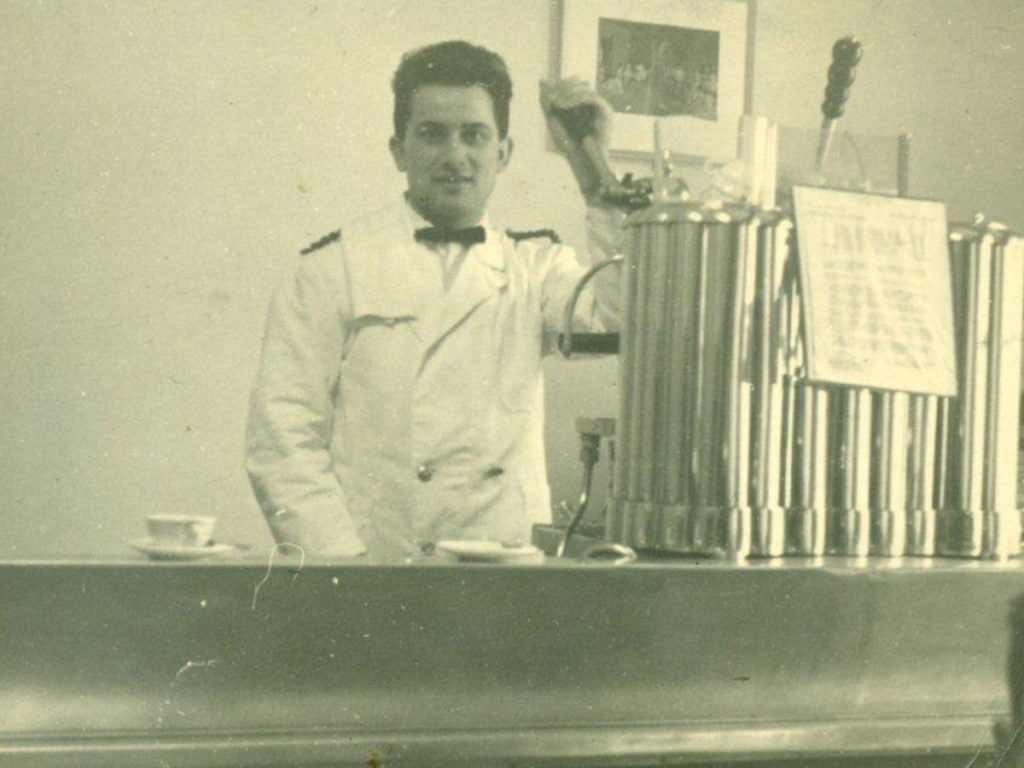 GIUSEPPE DE GIUSTI: THE MAN WHO MAKES THE COFFEE SING

It’s an old story. A child is born into a family with a humble background and as the oldest son he begins to take care of everyone and everything as he grows, starting to work at a very early age.

There are many tales of this kind, but this one is different. The child was Giuseppe De Giusti and he stood out because he set off on the road to success. Just like a day that begins with a good cup of coffee, it was the start of a wonderful story.

Young Giuseppe came into this world on 7 April 1934, in Conegliano.

His family situation meant that he had to start working at a very early age. Proving proud, bold and enterprising, he soon made his way into the world of coffee and found a role as a master roaster at a local coffee company. It actually felt like a stopgap to him at first because what he really wanted to do was earn enough money to go to America and study to be a singer. However, destiny had other ideas and just as he was about to leave he met the person who would turn out to be the love of his life: Bruna.

It didn’t take long for Giuseppe to realize that there were no longer any stars and stripes in his future. Maybe it was chance or perhaps he really developed a passion for it, but he decided to devote his body and soul to the world of coffee. It would become his world. 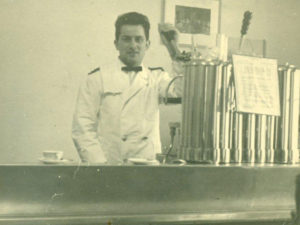 “Everything was simpler in the early days because consumers were less demanding. All it took was good coffee, which was made almost exclusively with a moka pot.”

This was in the 1950s, which was a golden age for the Italian economy.

Giuseppe and Bruna De Giusti laid the foundations of the business and started supplying the finest products to cafés.

As someone who was devoted to quality, Giuseppe came up with the idea of filling his blends with his optimism and good cheer. As he continues to believe today and he told us between cups of coffee, “when a person drinks a cup of coffee, they must smile and immediately feel the urge to drink another one.”

In 1975 Giuseppe transformed his prized artisan workshop into a company called Manuel Caffè. The first design of the Manuel Caffè trademark was registered. As something that could be seen on everything from signs in cafés to product packaging, it was the first visible symbol of success that would continue over the years. 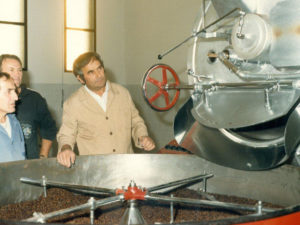 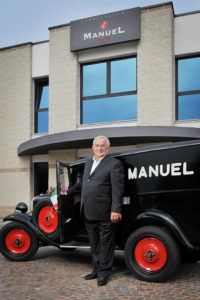 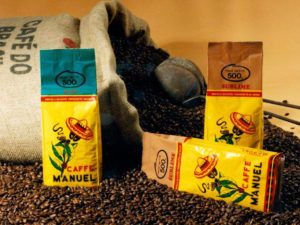 “Consumers have gradually got more demanding. They want to try other flavours and other coffee brewing techniques. My children have helped me to be more modern and keep up with the times.”

Ever since, the whole family has been involved in the business: Giuseppe, his wife Bruna and their children. Ever since, the finest coffee beans in the world have been roasted, left to age, blended and packaged with the same great passion, which gives rise to inimitable Italian excellence. Ever since, the target market has gradually spread from the Triveneto area to Italy, then Germany and now the whole world.

Manuel Caffè products are now available in more than 50 different countries, in some cases through exclusive distributors that are genuine partners. They showcase the company’s quality and espouse its philosophy, which is based on sustainability, dedication to wellbeing and bringing out the best of the people who work in the various phases of the supply chain, from baristas to customers. All of this is because the founder of Manuel Caffè was a businessman, but first and foremost he was a human being, and this approach is well established throughout his company.

When we asked him what message he’d like to leave as his legacy for his children, he smiled and said:

“Everyone has to create their own fortune honestly and tirelessly, always remaining optimistic despite the countless difficulties that arise every day.” 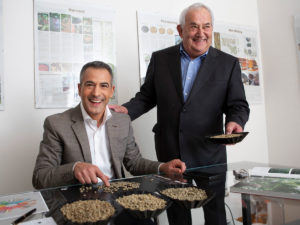 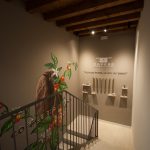 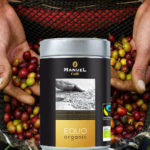 MANUEL CAFFÈ BRINGS US TOGETHER

A COFFEE WITH CRISTINA DE GIUSTI