STRETCH OUT IN THE SUN WITH A COFFEE

From early in the morning until late in the evening and sometimes even at night, coffee is something that countless people enjoy all day long. It’s the first thought that crosses our minds when we wake up, when we take a break, after lunch and after dinner!

And that’s not the only place it has in our lives, because coffee and literature go hand in hand. Literary cafés have provided generations of writers with places to meet and discuss their ideas, but there’s also plenty for coffee-loving readers to enjoy because their favourite beverage appears on the pages of a whole host of books.

Spanning all genres, it has lead and supporting roles in the works of a number of contemporary authors. It can be a metaphor for life, provide worldly poetic inspiration, help to make good memories or simply serve as a pretext. Coffee has always played a part in a wide range of books, some of which are perfect for reading when you unwind on holiday. 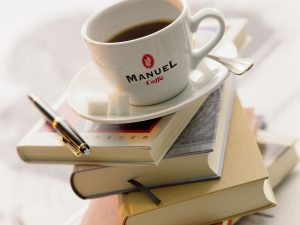 Where shall we start?

Let’s begin with BEFORE THE COFFEE GETS COLD, which is all about a special café in Japan that’s shrouded in mystery. It’s been open for more than a hundred years and it can change who you are because when you drink the coffee there, you can go back to a time in your life when you made the wrong choice. It shows how one simple action can change everything. There are five rules that must be followed, one of which is particularly crucial: you must finish your coffee before it gets cold. As stories are told and regrets are revealed, we’re led to the conclusion that the past isn’t important because it can’t be changed. What really counts is the present, which lies within our grasp, along with all of the things that we can still decide and do in the right way. Life is like coffee: you should savour it one sip at a time and relish every moment of it. Before the Coffee Gets Cold was a big hit in Japan, where more than a million copies were sold. It then went on to enjoy huge international success within just a few days of being published. Toshikazu Kawaguchi is an author who knows the recipe for finding peace of mind through simple steps and it is also through simple steps that he wins the hearts of his readers. 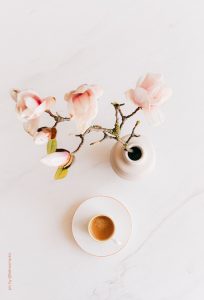 Set aside THE TIME IT TAKES FOR A COFFEE with Silvia Pattarini. That’s the meaning of IL TEMPO DI UN CAFFÈ: her collection of exquisite poems that should be enjoyed one at a time. Some of them have already appeared in anthologies, whereas others have never been published. Encapsulating personal feelings, dream-like visions and memories, they offer glimpses into lives and each one can be read in the time it takes to drink a cup of coffee.

The topics covered by Paolo Iacci’s IL TEOREMA DEL CAFFÈ (THE COFFEE THEOREM) are summed up nicely by its subtitle: “The paradox that governs the business world”. Iacci uses coffee to set the scene: “A typical bar in Milan at eight o’clock in the morning looks like an orgy of consumerism. All the signs seem to show people have plenty of money and they aren’t afraid to spend it. Unparalleled inventiveness is applied when it comes to coffee. It’s served in at least a hundred different ways with different names. The cornucopia of flavours seems to laugh in the face of poverty. But is that really the case?” As Giovanni Costa notes in the foreword, the book takes a simple metaphor based on the morning coffee routine and uses it to examine the hell of the financial crisis and the paradoxes and contradictions of the Italian people, who are sharp and capable of doing incredible things but often prove unable to establish a sustainable state of everyday affairs. They can be great but also small-minded and insular. Businesses – and people – need to do more and do it better, with fewer resources. This book explains how and why.

The story in ENCHANTING LILY by Anjali Banerjee revolves around a 39-year-old widow called Lily, a stray white cat and a magical coffee bean. Thanks to the perfect blend of these three ingredients and her love of vintage clothing, Lily finds a new life on misty Shelter Island, off the coast of Seattle. It’s a cheerful modern tale full of imagination and positive messages that’s as enjoyable as a good cup of coffee. 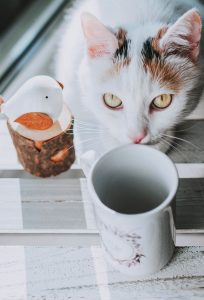 LA PIRAMIDE DEL CAFFÈ (THE COFFEE PYRAMID) by Nicola Lecca is a modern tale with a disarmingly innocent protagonist called Imi. It takes us to a coffee shop from the Proper Coffee chain, in the tough, dark city of London. Imi was raised in a Hungarian orphanage and he enthusiastically obeys the many detailed rules in the Coffee Manual, which all of the managers follow religiously. He finds Proper Coffee’s hierarchical pyramid much more comforting than London’s labyrinthine streets. It takes a lot of time, plenty of cynical comments from a colleague and some advice from his landlady to make Imi open his eyes and realize that the rules and regulations set in stone by the company where he works are much more disturbing than he originally thought.

In MANCARSI (MISSING EACH OTHER) by Diego De Silva, a café forms the backdrop to the story of Nicola and Irene. Both have left behind relationships that had come to an end and the two of them are made for each other. The trouble is that their paths have never crossed at their favourite café, so they don’t know each other! This short but vivid portrayal of love reveals a trace of our existence that leads us back to our origins. And the only way to find out what happens is to read it!

Close your eyes and use your sense of smell. Breathe in the aroma of coffee as you read SMELL by Radhika Jha. Smells play a central role in the life of Leela, who has an extraordinary sensitivity to the scents of items such as the spices that her uncle sells in his shop. It’s a gift that can cause her pain but also bring her joy, when coffee and other aromas guide her towards the fulfilling wonders of love

In THE CAFÉ OF LITTLE MIRACLES by Nicolas Barreau, Eleonore Delacourt is a thoughtful 25-year-old woman who’s in love with a philosophy professor at the Sorbonne but too scared to tell him. Shy and romantic, she believes in love but she’s suspicious of men who’re too handsome. However, sometimes life makes things happen. Witness all-consuming love unfold along the quais of Paris and the calli of Venice, then step into a little café where certain secrets are just waiting to be revealed.

Make yourself a delicious cup of Manuel coffee and get reading! 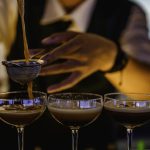 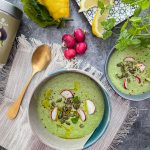 SOLID EXPERIENCE IN THE COFFEE WORLD