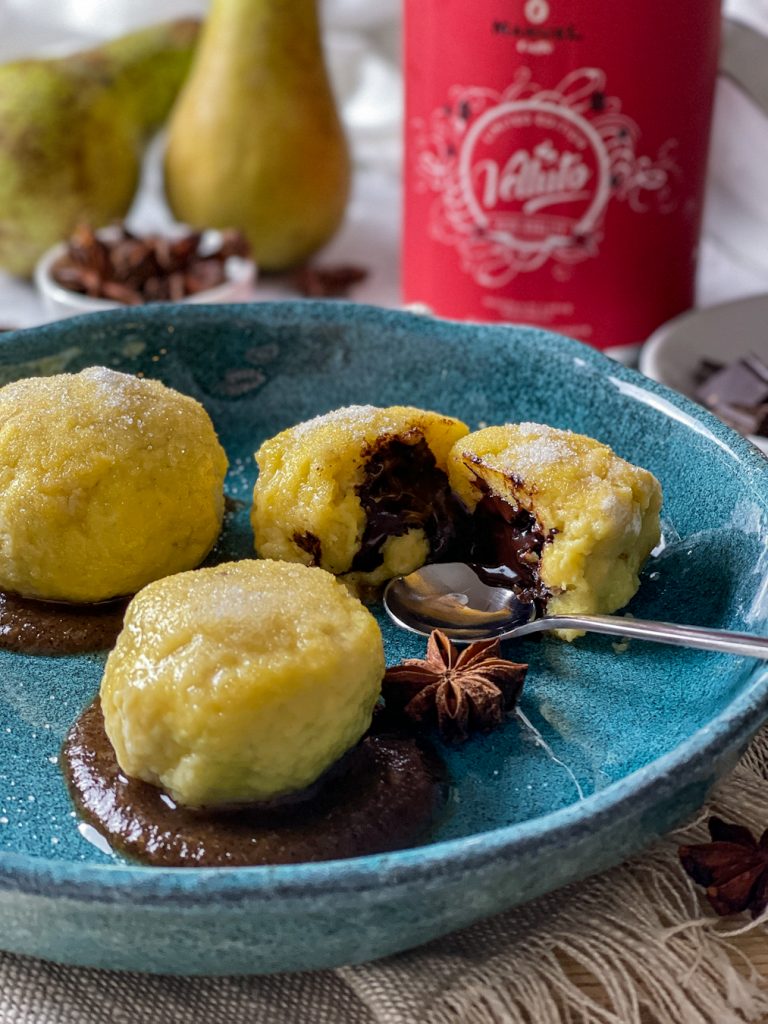 For team #CanIHaveSomeOfYours
Watch out for the corner piece.

Just take a look at the second photo!
Have you ever tried soft-centred dumplings?

I’ve made a sweet version of them, based on the famous Tyrolean Knödel. 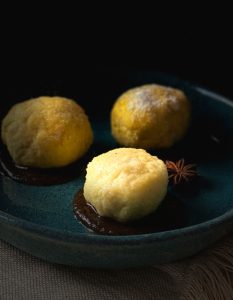 I tried them in the mountains last year and I’ve been tempted to make my own at home more times than you can possibly imagine but I’ve never gone through with it until now, perhaps partly because I wasn’t feeling brave enough (you know that desserts and cakes aren’t my strong suit) and partly because I thought it’d be extremely complicated.

In the end I decided to give it a whirl and I’m delighted to say that my sweet dumplings with a soft dark chocolate centre exceeded all of my expectations. I thought they might be sickly sweet but that’s not the case at all. What’s more, they’re incredibly soft and I can’t get enough of the molten centres.

To make them even more appealing, I put together an exquisite pear purée and Manuel coffee sauce. Thanks to the latter’s rich unsweetened cocoa flavour and velvety texture, it contrasts nicely with the sweetness of the dumplings.

Make this dessert in advance, cook it just before you serve it and it’s a safe bet that all of your guests will come back for seconds!

What do you think of this fresh take on a classic dish?

Recipe
First of all, prepare the pear sauce. Peel and core the pears, then cut them into quarters and dice them. Put the pieces into a saucepan with the sugar, an espresso cup of Manuel coffee, the water and the cinnamon. Bring it to the boil and cook it for 20 minutes, until the pear pieces are very soft.

Blend them into a creamy mixture and set it aside.

Now prepare the dumplings. Put the butter, sugar, lemon zest and a pinch of salt in a bowl and stir with a spatula until they form a creamy mixture. Incorporate the ricotta, eggs and flour, stirring after you add each of them.

Remove the crusts from the Pullman bread, dice it and then add it to the mixture. Stir it all again, then cover the bowl with cling film and leave it in the fridge to settle for around two hours.

Method
Wet your hands a little and roll the dumplings into balls about the same size as mandarin oranges. Make sure the chocolate remains in the centre.

Keep going until you have used up all of the mixture, laying the dumplings out on a tray dusted with flour.

The mixture should be soft and moist. If it’s too wet, roll the dumplings in the flour. Boil them in lightly salted water in a saucepan for around 10 minutes, stirring them from time to time.

In the meantime, melt the butter over a very low heat in a non-stick frying pan, then add the breadcrumbs, granulated sugar, cinnamon and star anise. Stir it with a wooden spoon until a dry mixture forms. When the dumplings are cooked, remove them from the water gently with a slotted spoon and put them in the frying pan with the breadcrumbs. Gently roll them around until they are completely coated. Plate up the dumplings and serve them with the hot coffee and pear sauce. 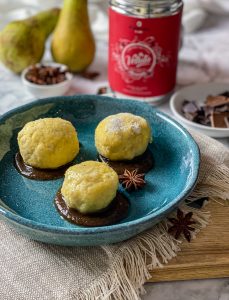 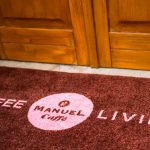 THE RIGHT TIME FOR A COFFEE